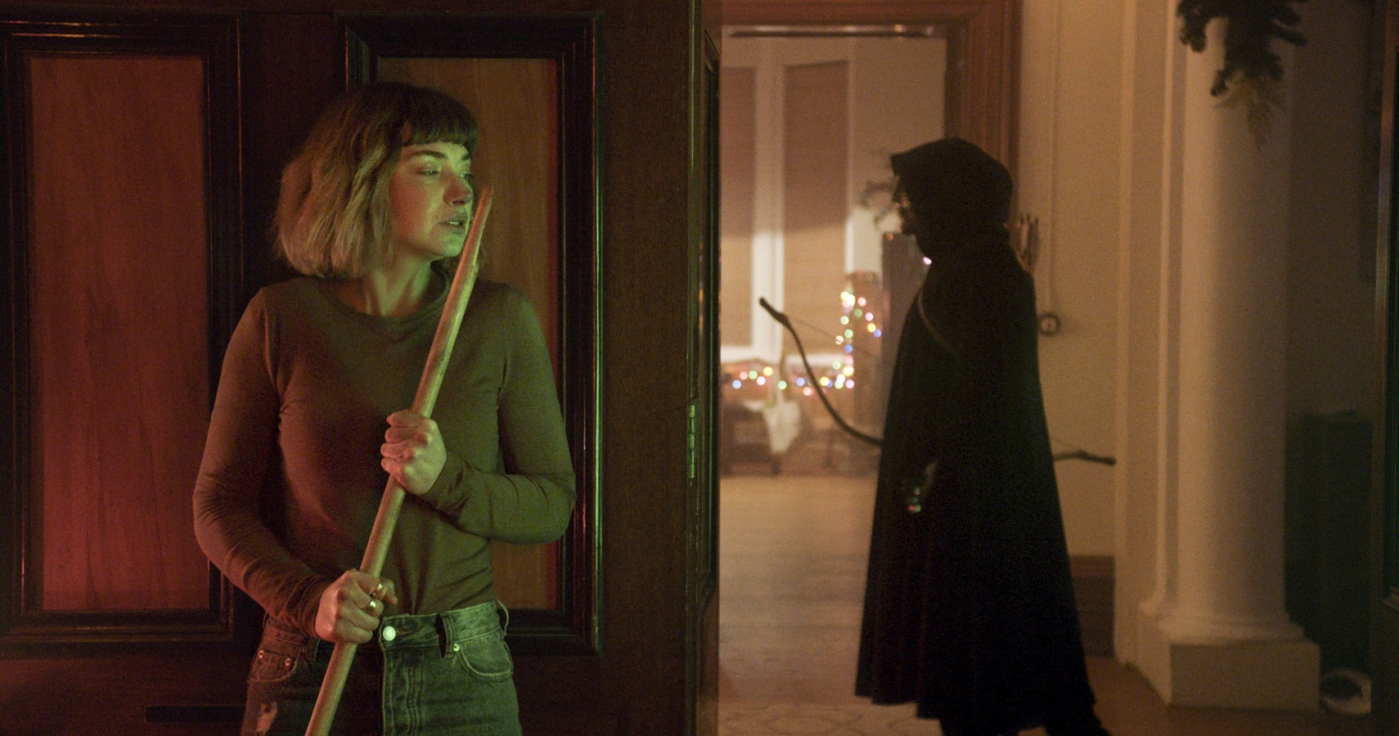 Remakes are a prickly topic among horror enthusiasts. Especially when someone tackles something deemed almost holy by its fanbase. Notwithstanding, Sophia Takal and April Wolfe braced themselves and did what they wanted with nary an apology. The first remake, released in 2006 and directed by Glen Morgan, was essentially a gorier, fleshier retelling that you either love or hate. The turnaround on that one has been astounding, to say the least. The newest Black Christmas is a different beast altogether. From its head to its toes, Takal and Wolfe’s film bears little to no resemblance to its predecessor. It’s an in-name-only remake whose story is more original than not.

The movie centers around Riley (Imogen Poots), a college student who is still dealing with the trauma she suffered as a result of a sexual assault. During Christmas break, she and her sorority sisters spend the holiday in their house together. Little do they know, a most devious plan has been set in motion. And, the only way to get out alive is to fight back, no matter the cost.

Word of the film’s inherent subject matter — women literally battling the patriarchy, which is epitomized as a clan of cloaked, masked killers — spread before its anticipated release. To say Black Christmas is delicate with its concept would be a fib. This is a movie where there is no subtext whatsoever. Takal and Wolfe’s concept is heard loud and clear as the plot develops into something not only horrifying but also outlandish.

The moral thread that ties the movie together is admirably held straight in spite of some narrative curveballs and meager character development. While Riley and her sisters are individualistic, they stall in terms of organic growth. Seeing as there’s an evident endgame in sight, the shortcutting is admissible.

Much to the chagrin of the horror community, Black Christmas is rated PG-13. Which means the movie is glaringly light on gore. They do cleverly get around the blood issue, but anyone expecting the excessive grisliness of the last remake will be highly disappointed. The violence here is unremarkable and often done in by the camera simply cutting away from the money shots. Does this hinder one’s potential pleasure? Perhaps. We should remember, though, that there’s a reason for the PG-13 rating.

It’s easy to accuse the latest Black Christmas of being painfully plain-spoken. Takal and Wolfe are actually not meek about the point they were trying to make when conceiving their story. The rating alone indicates they wanted to draw in a younger audience. Especially one who might benefit from the movie’s main motive. Can someone outside that demographic still enjoy the film? Of course they can. It’s just a matter of whether or not someone has enough — or really, any — empathy for the filmmakers’ urgent cause. That pressing factor will ultimately determine your viewing experience and opinion.

Some horror fans will practically froth at the mouth as they denounce movies with any kind of political message or an ounce of social awareness. Those people are either ignorant of their favorite genre’s history, or they feel personally attacked. The latter appears to be the case for the second remake of Black Christmas. It seems lost on the naysayers that the 1974 film — the main character, Jess, chooses to have an abortion despite what her boyfriend says — was a vocal response to Roe v. Wade (1973). Then, the argument that aware opposers have locked and loaded is that the original was more subtle with its feminist theme. Considering the state of society today, it’s pretty obvious subtlety isn’t working when it comes to women wanting to feel both safe and heard.