A mere mention of the Cornish countryside stirs up thoughts of cottages, moors, and woodlands. That all sounds like a perfect respite. However, among the thickets of trees hides a creature who haunts a small village. Its origin is unknown and its motives are assumed. As a man returns to his hometown to visit his only living relative, he ponders what exactly has her so scared. He soon comes to learn, seeing is believing.

The BBC used to have a penchant for genre anthologies. Several stretched on, whereas ones like West Country Tales were only here for a short period before fading into obscurity. What made this series unique was its format: episodes were adapted from viewer-submitted letters concerning real-life encounters with the strange and creepy. The second and final season essentially abandoned the gimmick and came up with original stories.

In “The Beast,” a man visits his birthplace after being away for a number of years. The protagonist (David Gilpin) travels by train to visit his cousin Jenny (Maggie Green) following a distressing letter she sent him. The show’s narrator, Jack Watson, communicates the nameless main character’s story, which really began when he was just a youth. Before he left for school, the teenager stumbled across something truly bizarre in the woods — a horrific, humanoid-like creature attacked him before retreating. Now as an adult, he’s chalked the incident up to be a vivid nightmare and believes Jenny is simply being paranoid. 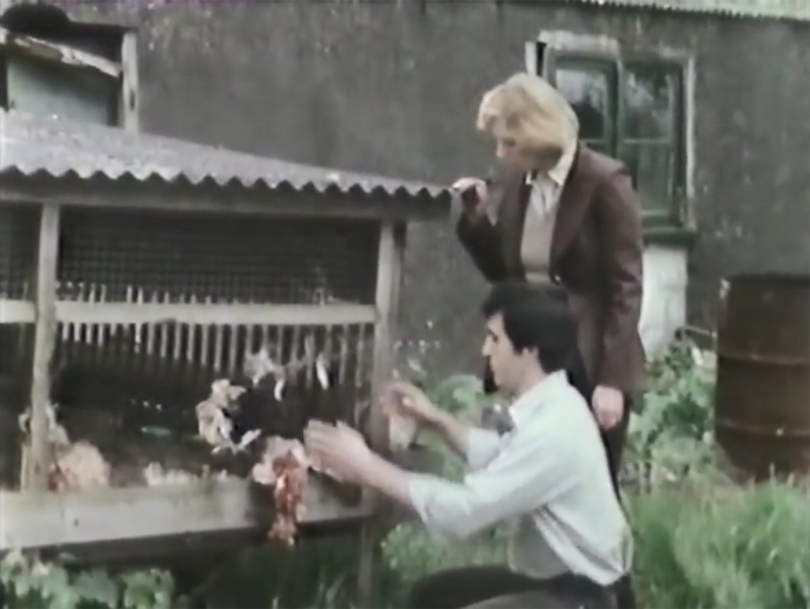 As he stays with his cousin, though, the man starts to change his tune. Dead livestock and unusual footprints in the ground lead him to think Jenny just might be right. And the thing that he encountered in the woods all those years ago has been lurking in the shadows this whole time.

Like most of the series’ episodes, “The Beast” is a total work of fiction. There is no proof any of the letters sent in are based on fact. At the very least, they’re embellished. Be that as it may, the end result is eerie entertainment and just what enthusiasts of folk horror would appreciate. Prime narration and a sprightly yet spooky music score enhance this peculiar entry in a forgotten show.