With its wry, cheeky, and self-aware style, British humor can be an acquired taste. Comedies like Shaun of the Dead have made it more viable for horror, but it doesn’t always work for every viewer. A small portion of the genre’s fans feel jokes have no place in movies about survival and terror. On the other hand, gallows humor is an effective coping mechanism for when life gets you down or just simply wants you dead. 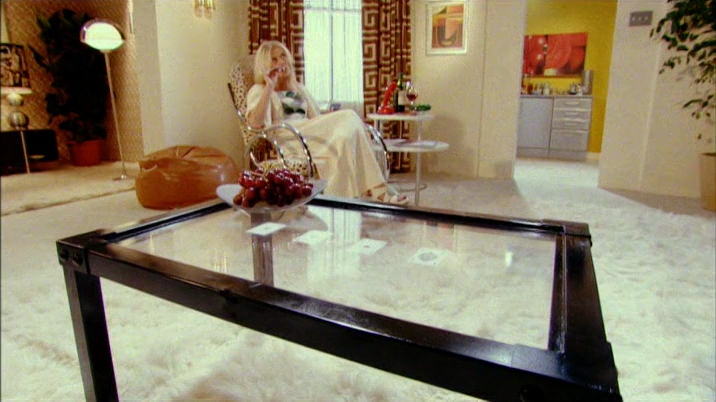 Something England was well known for in the past was its seemingly endless supply of horror anthologies; Amicus and Hammer provided most of them, too. Graham Duff and Steven Coogan‘s knowledge of these vintage omnibuses is evident in an episode of their short-lived series Dr. Terrible’s House of Horrible, a show inherently horror in tone with a comedic touch. Their awareness can be spotted immediately in the the episode’s setting. “And Now the Fearing…” follows three characters riding an elevator  together at a design company called Amicus House. When they reach the thirteenth floor (something that shouldn’t even exist), the lift stops and they become trapped with the attendant in tow (John Duigan). The passengers are each reminded of disturbing dreams, hence the anthology aspect of the story.

Like a nod to Amicus’ The Vault of Horror, the characters bide their time by sharing each of their nightmares. Denham Denham (Coogan) gets his comeuppance after committing a hit and run; Stephanie Wise (Julia Davis) buys a supposedly cursed card table; Michael Masters (Alexander Armstrong) succumbs to ominous fortune-telling. Once the elevator resumes, each of the passengers will have wished they had never gotten on in the first place.

Although the irreverent humor may not readily click with every viewer, anyone who has seen their fair share of classic, British anthologies will be delighted. From the retro visual style to an endless string of sight gags, “And Now the Fearing…” pokes fun at Amicus in the best way possible. It points out the tropes without feeling like it’s taking a cheap swipe at the films’ expense either. Dr. Terrible’s House of Horrible in fact does a lot with such a small runtime.

So while neither the episode nor the series ever genuinely summon up any scary moments, the reverence the creators have for the horror genre is undeniable. Their sense of parody never comes off as punching down, which, as we all know, is hard to do when it comes to satire.