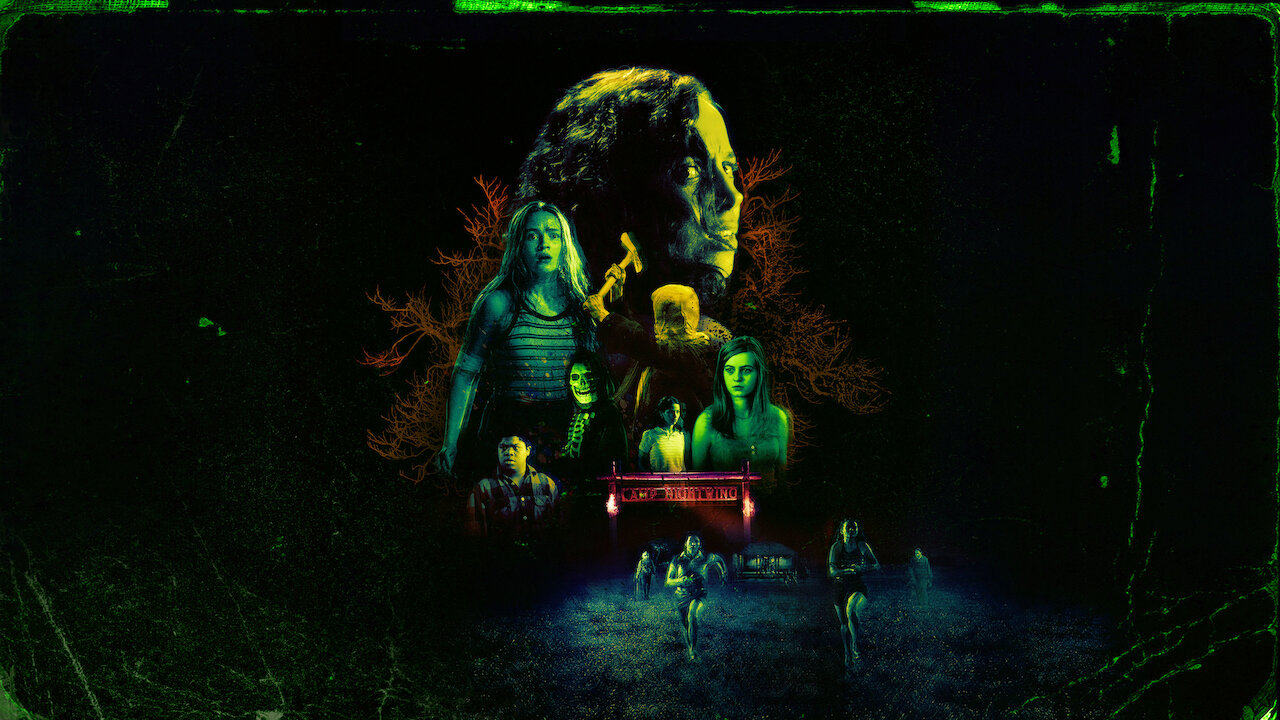 After some missteps in the first entry of Netflix’s ambitious Fear Street trilogy — ample anachronisms, flatness regarding characters — 1978 makes amends where it counts. The second movie picks right up where the first left off; Deena (Kiana Madeira) and brother Josh (Benjamin Flores Jr.) take Samantha (Olivia Welch) to visit the survivor of the ’78 massacre at Camp Nightwing, Constance Berman (Gillian Jacobs). Through her narration of that dreaded summer, Deena and Josh learn more about the curse that has a grip on their town of Shadyside.

Unlike its predecessor, 1978 is a more fleshed-out movie; the longer running time may deter some viewers wanting a streamlined slasher. Be that as it may, director Leigh Janiak and writer Zak Olkewicz fill in some necessary plot gaps as well as better round out the characters this time around. Constance is one of two Berman sisters, Ziggy (Sadie Sink) or Cindy (Emily Rudd), and which one survives is unknown until the film’s end. The siblings’ relationship is initially unpleasant due to their estrangement following their father’s departure and differing outlooks on why life in Shadyside is so damned. Ziggy revels in her ostracization at Nightwing, whereas Cindy chooses to fit even if it means disowning her sister. The hostility is, of course, a smokescreen for their own personal problems, and in time, they realize the importance of family. While the characters in 1994 were memorable and you feel a level of attachment when they die, the core relationships of 1978 are genuinely heartfelt and convincing.

Depending on the time period, these Fear Street films salute a specific era of horror.1994 has Scream‘s DNA all over itself,1978 foreshadows the horrors of ’80s summer camp slashers, and 1666 will likely dive into folk horror. The references to the first two Friday the 13th movies are here and there. However, Janiak is more choosy this time around, seeing as she doesn’t rely on Jason Voorhees’ likeness — or the unnecessary amount of needle drops — to attract audiences to her story. Alternatively and favorably, we go deeper into the Fear/Fier history. With more answers comes more questions, but the ending offers a reasonable segue into the final chapter.

A sack-headed, ax-wielding killer stalks the camp in the sequel while the Berman sisters individually decipher Sarah Fier’s knotty M.O. and legacy. The sleuthing eventually becomes more interesting than the plentiful and visceral slayings because the murders lose their impact as the movie furthers along. Fans of high body counts will undoubtedly feel sated by the carnage, though.

These movies aren’t documentaries about the eras they depict, nor are they verbatim adaptations of the source material. The Fear Street films are instead a portal to passing reality and bloodstained fantasy. 1994 gets the wheels greased and turning, but 1978 is a more well-oiled machine. The trilogy is shaping up to be a worthwhile dose of teen horror punctuated by unadulterated violence and backboned by an intriguing mythos. Anyone apathetic toward the first movie may feel differently with its follow-up, a successor in more ways than one.