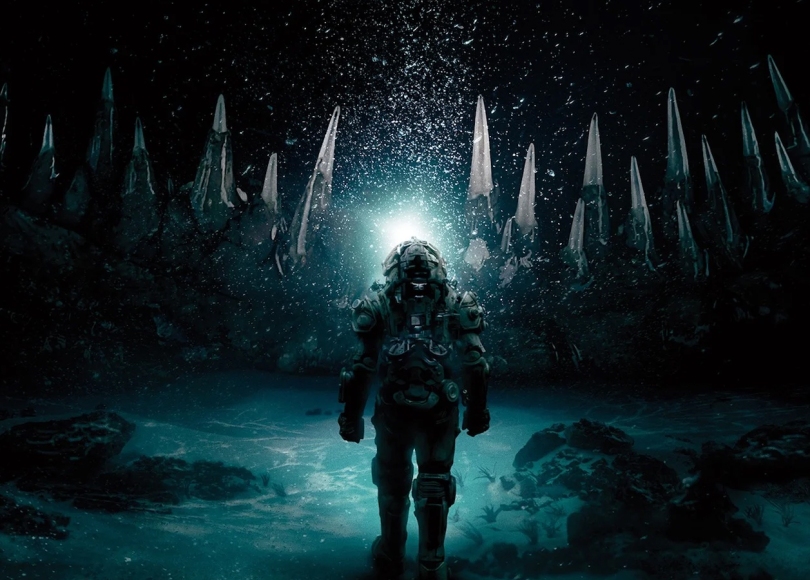 The average moviegoer with only the most cursory affection for horror has already written Underwater off, whether or not they’ve actually seen it. Whereas, those fond of terror reaching the deepest fathoms will be indulged in the best way possible. Yes, there’s a familiar concept at the core of this movie, but some ideas have proven to be more submersible than others.

Underwater spares no second when it comes to setting things into motion. Just minutes into the film, Kristen Stewart‘s character, Norah, goes from rescuing a spider to saving a co-worker from immediate doom. Seven miles deep in the Mariana Trench, a research station suffers a catastrophic breach that leaves few survivors. The cause is unknown, though. As Norah, the captain, and the other employees try to reach the far-flung escape pods, they’re attacked by aquatic predators of a mysterious origin.

Anyone wary of the film’s low originality will find there’s bigger fish to fry. As appreciated as the breakneck transition into chaos is, the audience is left to fill in gaps that are ultimately left all but vacant. Minor characters are given threadbare personalities; they only matter because of their relation to Norah. Tension remains the same despite T.J. Miller‘s effort at comic relief. The saving grace would be the hair-splitting development of Stewart‘s character. From the get-go, we see her as a selfless hero in the making who lives up to that unspoken promise. While the script postpones Norah’s backstory, it’s better late than never.

Performances, on the other hand, are less perfunctory. So long as they’re on screen, each actor is convincing of the situation they’re in. Stewart carries the movie, bar none. She emits a presence positively low-pressure. She might not have the most multifaceted character to work with, but viewers can see past that and succumb to the airless threat at hand.

Catapulting straight into pandemonium is bold, but it isn’t immediately rewarding. The journey to the crux of Underwater  ⁠—  spontaneously building exposition to match the disordered structure ⁠— seems taxing. However, once that process is over, ahead lies a more rousing, disorienting experience that speaks to why this movie is worthwhile.

We’re treated to a veritable haunted house at the bottom of the ocean. Nightmarish creatures, who behave more like specters in the dark, appear in small numbers before unveiling themselves to be part of something bigger. They emerge long enough to avoid any lingering shots that may or may not confirm dubious CGI. Regardless, director William Eubank admirably restrains himself when it comes to the interactions with these monsters. Other filmmakers make the mistake of confusing excess with scares. Rather, Eubank offers controlled bursts that feel more productive.

As for the pelagic phantoms, their lack of explanation is refreshing. There is a potential mythos at play, but, for now, keeping that purely speculative is far more exciting. Treating them as nothing more than the extreme result of tampering with nature leaves things both open-ended and gratifying. Withstanding the need to literally villainize these creatures ⁠was also wise. By that, Eubank keeps the danger general as opposed to personal. This is a movie about escaping from harm rather than steering directly into it for no good reason. It’s a realistic approach to the fight-or-flight scenario that so many other similar narratives choose to lean into but with more dubious outcomes. 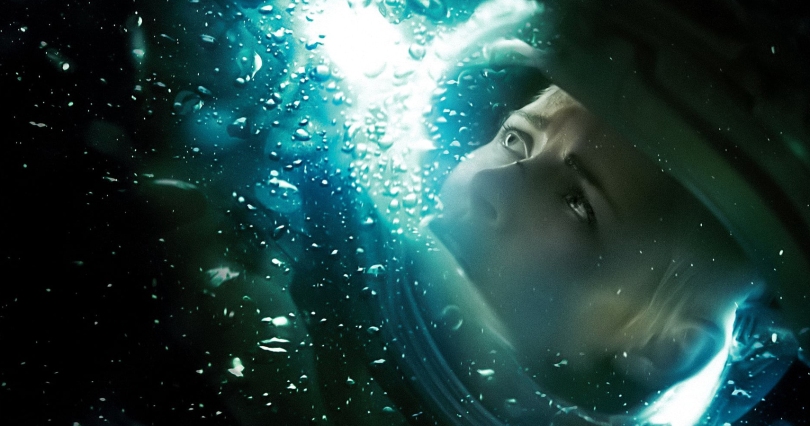 So far, critical consensus towards Underwater is lukewarm. Those who feel more lenient have labelled it an expensive ‘B movie’. As reductive as that sounds, it’s an understandable takeaway. Reaching the film’s summit is a mild effort on the viewer’s part, and characters feel more sketched than drawn. The inverse is, the movie’s environment is as distinctly realized as it is overwhelming to look at. And, amid all the oceanic dread is a fundamental shred of optimism that lances the dark ending—for the sake of others, we have to be less thoughtless. Not a novel idea, but it shows Underwater has more depth than others are letting on.