Our curiosity about what lurks below the water’s surface is neverending. We can’t help but be fascinated by the great deep blue or the still top of the lake. Even when these majestic bodies aren’t so peaceful, we return to them in no time with little sense of self-preservation — only a need to feel that water rush over us again.

Provided that the sea is known for its secrets, then lakes are open books in comparison. They are a finite space filled with water, and their ecosystems are easier to record and understand. It’s hard to imagine any of them containing a massive predator, though. Even so, some of us absolutely cling to the notion that lake monsters exist. With everything in the world explained away by science, maybe we want some mysteries to remain intact. 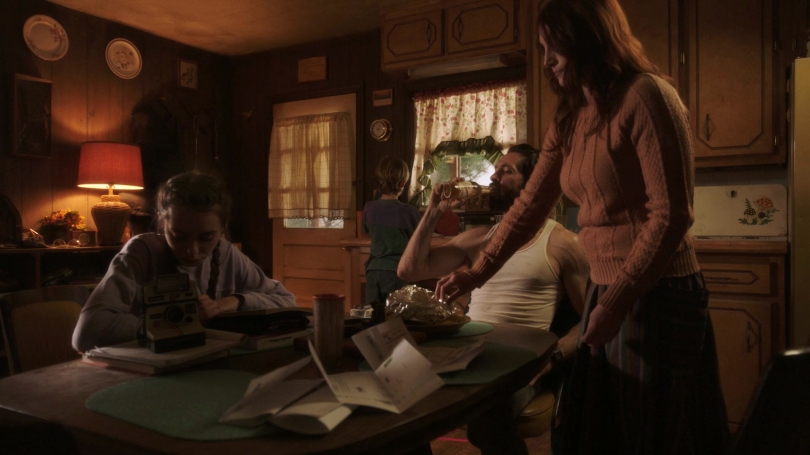 Scotland is worldly famous because of the Loch Ness Monster; North America’s own lake creatures are becoming more and more recognized by the media and the Internet. This includes Champ (or Champy), a cryptid supposedly living in Lake Champlain. Despite it having over three hundred sightings to date, movies and television don’t talk about Champ very often. Until now, of course.

A teenager named Rose (Sydney Wease), still heartbroken over her recently departed father, is certain that Champ is real. Her mother has no interest in tall tales as they remind her of the heartache she suffered as her husband spent his life and money on chasing Champ. To make matters worse for Rose and her family, her mother has taken up with an abusive man named Chet (James Devoti). Yet when Rose, her brother, and her boyfriend visit the nearby lake, they make a startling discovery. There on the banks is the corpse of a mysterious creature thought to be Champ.

“By the Silver Water of Lake Champlain” is the most somber entry in the series’ first season. It does not have the big camp factor that the others did, nor does it veer into pure horror territory until the very last act. Overall, it’s a bittersweet story about loss and, eventually, hope. While it does verge on being talkative and not at all subtle, the good parts definitely outweigh a few permissible flaws. On top of everything, the special effects are impressive given the show’s modest budget.

The first season of Creepshow ends on a high note with Tom Savini‘s adaptation of Joe Hill‘s short. The inaugural installment contained twelve segments total, and only a handful of them left a lasting impression on its audience. The finale’s second half is definitely not the most exciting of the bunch, but its focus on human emotion more than external conflict is estimable.