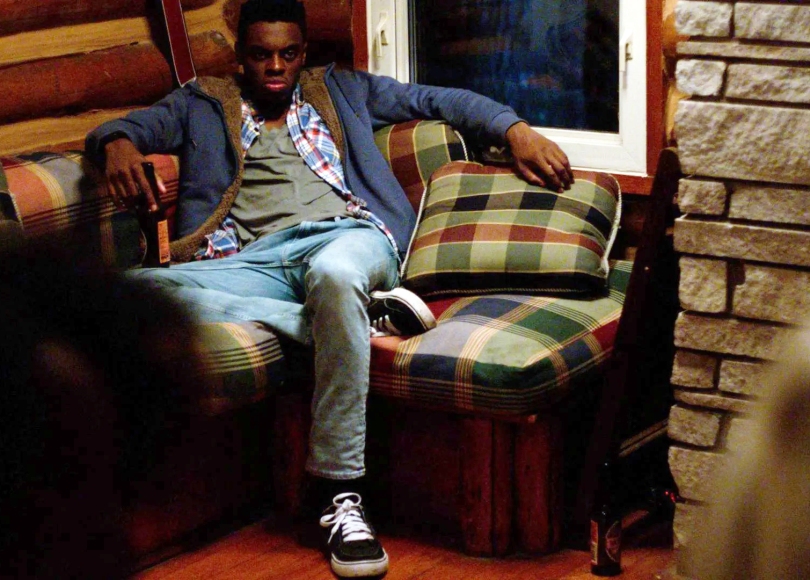 The term “political horror” is a contentious one. Anyone immersed enough in the horror community online will have witnessed, or maybe even participated, in the heated discourse — is horror political? Those who oppose the notion won’t budge on their opinion even when reminded of the socio-commentary intrinsic to their favorite movies. I am of the “horror is and always has been political” persuasion; some films are just more so than others.

Audiences and critics these days have a tendency to disregard any new, genre movie with Black actors and stories as just “social (horror, sci-fi, et cetera.).” Timothy Covell‘s Blood Conscious‘ claustrophobic thriller is the latest victim of this low-effort kind of post-Get Out conflation, which only hurts this movie in the long run. People will hear the description and make kneejerk assumptions and analyses. Meanwhile, Blood Conscious has a lot in common with The Thing.

Back when John Carpenter’s iconic remake came out in 1982, it was panned by critics. The turnaround since then has picked up on its discernible depiction of xenophobia. More specifically, the fear of being taken over by an alien force. Blood Conscious capitalizes on the same idea while also modernizing it with the inclusion of racial tension and mass-shooting anxiety. Covell’s movie begins with Kevin (Oghenero Gbaje) and sister Brittney (DeShawn White), along with Brittney’s fiancé Tony (Lenny Thomas), heading out to a cabin to meet the parents. Upon their arrival, Kevin and Brittney discover their mother and father have been brutally murdered by a white man (Nick Damici) who claims he is hunting demons.

As if the trauma of their parents’ death isn’t enough, the siblings have to contend with not only the killer but also Margie (Lori Hammel), a middle-aged, white woman in need of help. It should be noted the main characters occasionally alter their behavior and speech in order to accommodate their white peers; they even have to reconsider calling the police because they know the hazards of getting cops involved. Other movies with imperiled white people, their privilege includes them not having to weigh the risks of bringing in the police when trouble brews. Covell’s script conveys this disparity in race relations with law enforcement without exaggeration. After all, Margie weaponizing her victimhood isn’t implausible in light of today’s world.

Blood Conscious is underscored with solid performances where there really is no acting deficiencies in spite of the small, close-quartered cast. The use of a 4:3 aspect ratio would be obnoxious and pretentious in another movie, but here, it is an asset when stressing the pressure and terror. Audiences will feel closed in on, and the boxy framing has a lot to do with that sensation.

The easier but also lazier way out of reviewing Blood Conscious is to simply compare it to Jordan Peele’s cinematic output so far without even acknowledging its own merits. I would be remiss not to bring up the racial themes, but like any horror movie about cloistered and paranoid characters, conflict is inevitable. The one here just so happens to reflect reality.

Addressing real-world problems like white victimization and siccing cops on Black people isn’t evidence of a filmmaking seeking clout. Rather, Covell is using his privilege to bring attention to something that doesn’t directly affect him, but it does have a worldly impact on others. His contribution to today’s horror stratosphere is cogent and perceptive without sacrificing entertainment.